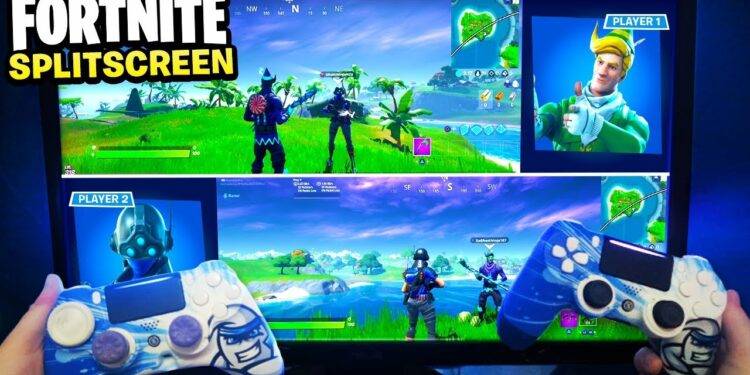 As the latest generations are ready to come into our lives, Fortnite is also leveling up their game to introduce Split screen on PS5 and Xbox Series X along with 4K resolution and 60FPS support.

Developers from Epic Games for Fortnite has confirmed that the new version of the game will be free to download as soon as the consoles arrive.

When will Fortnite for PS5 and Xbox Series X/S release?

Here are the features that Epic Games is releasing for Fortnite on Microsoft’s Next-Gen Consoles;

Here are the features that Epic Games is releasing for Fortnite on Sony’s Next-Gen Console;

Fortnite gamers will be able to get the “Throwback Axe Pickaxe” giveaway from 4th November till 15th January 2021 for free.

Goto Main Menu of the game.

Connect the second controller. (Skip this step if your controller is already connected.)

Once signed-in, the second player will show up in the game lobby and the split-screen will turn on automatically.