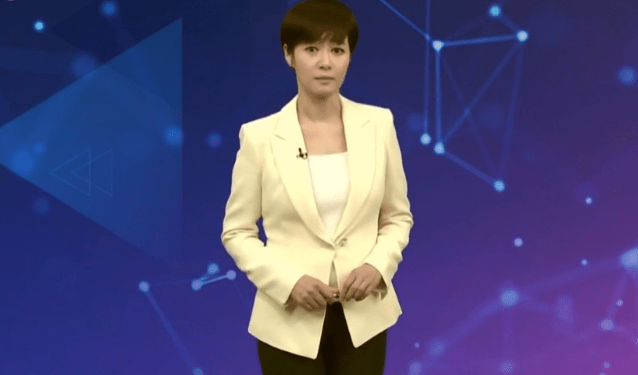 News can be read online easily but still, there are several reasons that news anchors are still applicable. This is because anchors have a unique way of delivering news and observes the news with comments which make the news more thoughtful and describes more about surroundings rather than just reading them.

It only takes a minute for the production of virtual anchor footage for a news piece up to a thousand words long because no makeup, outfits, or rehearsals are needed for the virtual anchor.

In South Korea, a cable channel named MBN is the first broadcaster in the country to launch an AI-powered news anchor dubbed AI Kim. However, it may be possible that these anchors might get replaced by artificial intelligence.

Have a look at AI News Anchor

The real Kim joined an air conversation with the virtual self, explained that she feels scared that this virtual anchor would replace her position someday.

The anchor’s AI version can copy the same voice tone and manner as its human counterpart during the debut of the AI anchor, which is amazing. It also managed to mimic some of the body movements of the anchor Kim. The main purpose of these Artificially intelligent anchors is to deliver the broadcast news twenty-four hours every week. This AI anchor will be handy when a human news anchor might be sick or asleep.