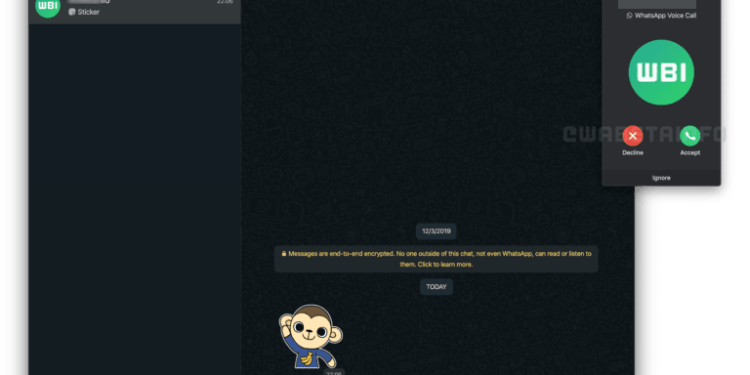 Finally! You can make call on WhatsApp from your desktop app in the latest update, allowing you to connect on Voice as well as Video call.

Video calls have increased during the Coronvirus pandemic, Zoom, and Facebook have been on the top of that. Previously, WhatsApp increased the group call attendant limits from four to eight people. Now, WhatsApp has also introduced the calling feature on the desktop app.

Currently, WhatsApp has been desktop calling feature to their beta version as of now, will be soon available for the public if you use their desktop app.

Users will be able to make voice as well as video calls from desktop to individuals also in the groups.

You will be able to receive the calls while using WhatsApp from your desktop, the notification will pop up as someone will call you.

Before that older version of YouTube used the Facebook Messenger Rooms support to make video calls online only. But with the new feature, WhatsApp supports both Voice and Video calls.

This feature will be rolled out in the latest update, for that users have to keep their whatsapp desktop app updated.