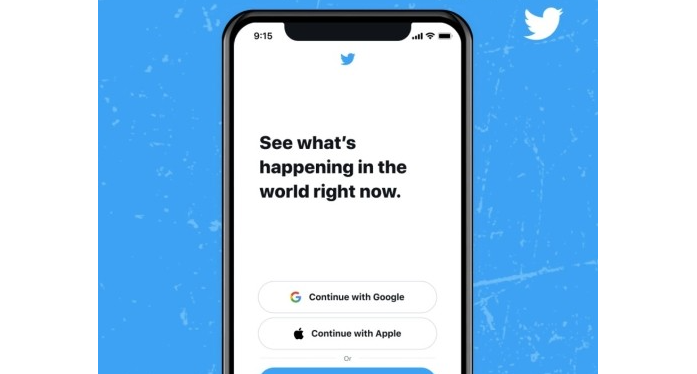 Twitter does not skimp on news, thanks to the urgency to keep up with the times and the constant metamorphosis of the competition.

The rumors that have been bouncing on the web for over a month, triggered by the experience of Jane Manchun Wong, the researcher who at the end of June had discovered the beta version of a new function (the same that had defined herself as the first paying user of Twitter Blue), are now confirmed: the Twitter social network is introducing the ability to log in or subscribe to the platform using third-party accounts.

Specifically, these days it is already possible to log in or register on the platform using your Google or Apple account: a move that simplifies the access procedures to the social network and aims to further flesh out its user base.

The release of the new feature, soon to be extended globally, is however still taking place gradually, especially for those who have an Apple account.

To date, it is, in fact, possible to access the social network via Google account on iOS, Android, and on the web, while for those who use their Apple ID there are still limitations, as it is possible to use it only through the iOS app of the social network (the profile of Twitter customer support ensures web support will come soon).

Furthermore, it seems that the Twitter desktop app for macOS is not yet enabled to support either of the two alternative access methods.

Users who use an Apple account have encountered another small problem: by logging in with their Apple ID, it would also not be possible to reset the password. We just have to wait for the next developments.