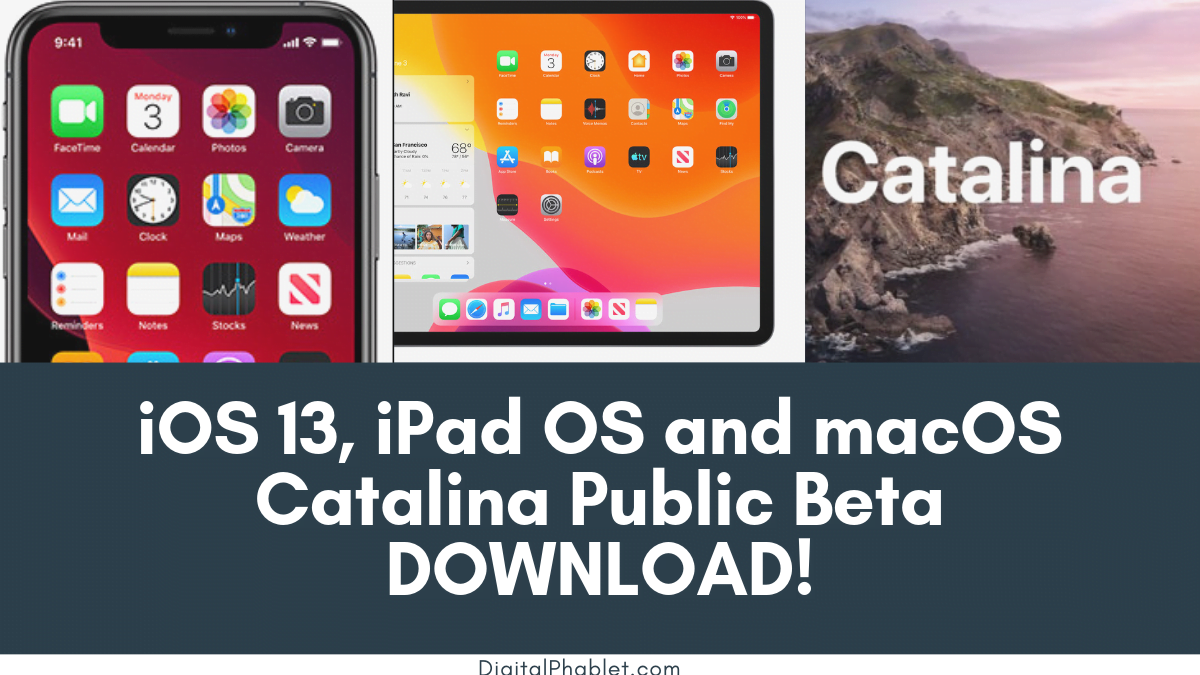 The beta versions of Apple’s next operating system “macOS Catalina”, “iOS 13” and “iPadOS” are now available for download.

Apple announces the latest operating system at the Worldwide Developers Conference (WWDC), which takes place every June. Next, release those operating systems for developers so that they can develop apps before the official release. In addition, after the public beta, the official release will usually take place in September when the company’s latest products are released.

Because it is a beta version, there may be some changes before it is officially released. In addition, downloading of the OS still under development may have problems such as bugs.

Download the beta version at your own risk and be sure to back up your device in advance. As Apple has already warned that the stable version has not been released commercially yet, so there will be bugs and errors which users may see and sometimes, the software may not function properly like stable release software. Apple is, that you download the beta software only on the secondary device or not “important business” device recommended is.

In 2019, Apple’s mobile OS is divided into two. iPhone will be equipped with iOS just as before, but the iPad will come with a new OS called “iPad OS”. The tablet operating system enhances the productivity features of the iPad, further approaching the possibility of the tablet replacing laptops. Apple also offers “watchOS” for “Apple Watch”, “tvOS” for “Apple TV”, and “macOS” for computers.