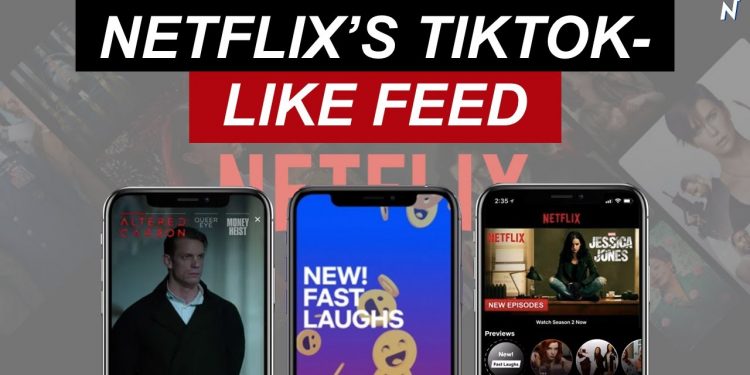 With the popularity of TikTok is skyrocketing, Netflix also jumps on the bandwagon by releasing a feature called Fast Laughs.

What are Fast Laughs on Netflix?

This feature is a copy of TikTok’s homepage, which features a different kinds of videos belonging to different genres.

However, Netflix has launched this feature focusing only on the Comedy genre, which will soon be expanded into other genres. This will help the subscribers to pick and chose the lines they like.

Here is the first look at the ‘Fast Laughs’ feature released by Netflix.

It will be different from the trailer. This will only have the famous dialogues from trending and blockbuster shows.

I can’t see the TikTok feature in my Netflix account

Well, don’t you worry. This feature is slowly rolling out for all users worldwide and will be available in the next update.