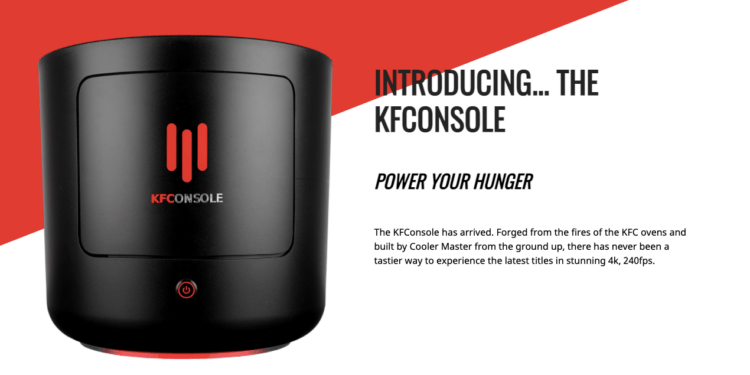 KFC is something that everyone knew when it comes to fried children. On the other hand, Cooler Master is familiar with designing gaming peripherals and cooling fans for gaming PCs.

Two brands have come together to create their new console, which is different from the Xbox Series X and Playstation 5.

Intel Processor powers the KFC Gaming Console. It isn’t a surprising thing for a gaming console, but what is quite surprising is the chicken heater that comes with it.

Yes, the reason Cooler Master came right into this console is to protect the console from heating up when you’re heating your chicken in the gaming console.

It is probably one of the most strange creations in the world of technology we have seen in this decade. But, it isn’t a bad idea to heat your chicken while playing your favorite game?

A few consoles have been given out for marketing purposes and testing. Digital Phablet has no confirmed reports of how much this console would cost or the release date.