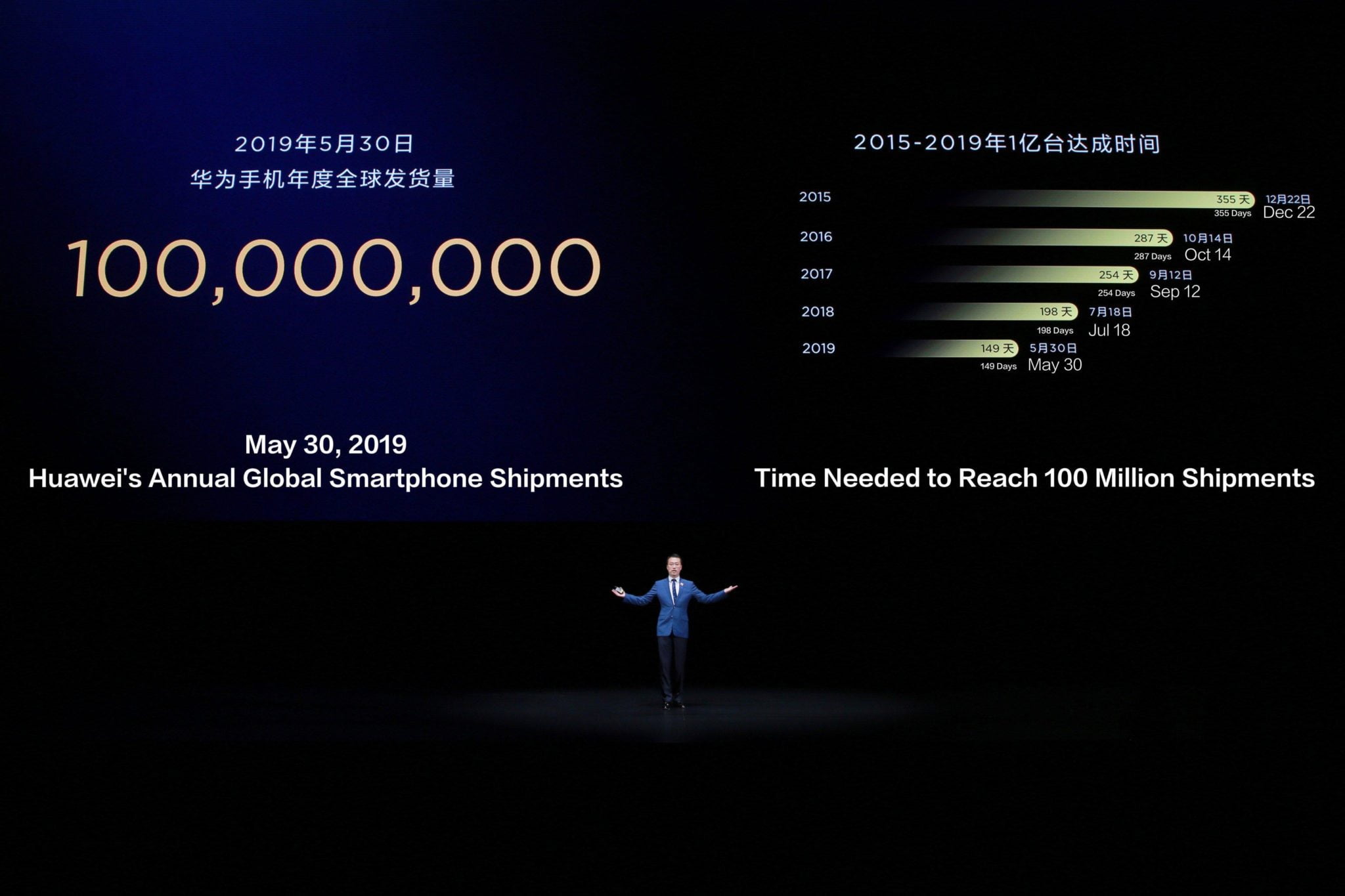 From the full year of 2015 to the increase in smartphone shipments by 100 million smartphones, it will be reduced to 5 months by 2019.

Huawei announced last week that it had shipped 100 million smartphones before May 30, and lasted more than 49 days on July 18 last year.

The Chinese mobile phone giant has been reducing the time it takes to ship 100 million phones, which lasted until December 22, 2015.

In contrast, Huawei’s Chinese compatriot Xiaomi did not exceed the 100 million shipping barrier in 2018 until October.

Huawei reported a 39% increase in revenue in the first quarter of April, reaching 19.8 billion yuan, or about $30 billion, as its number of mobile phones increased by 58 million.

Ren Zhengfei, founder and CEO of Huawei, delivered a speech in Shenzhen last week, acknowledging that the company had suffered a $30 billion blow from the trade war with the United States.

“In the next two years, I think we will reduce our production capacity, and our revenue will be reduced by about $30 billion compared to expectations,”

Ren said at the time.

“Our sales this year and next year will reach about $100 billion.”