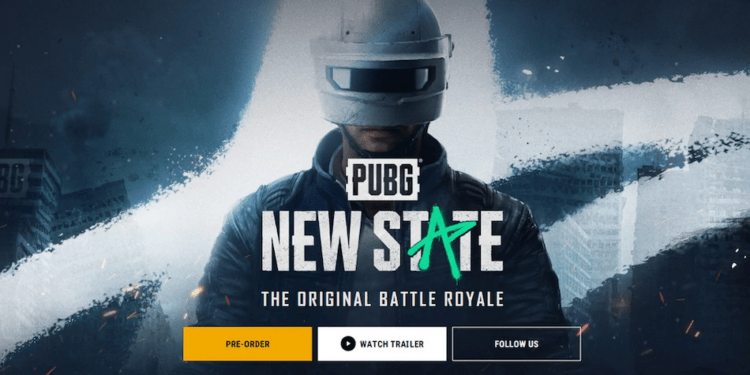 Playerunknown Battleground’s umbrella is expanding as Tencent releases a new title for Android and IOS named PUBG New State, which shows the battle royale set ahead in time and provides a more futuristic take on this massive multiplayer game.

Set in 2051, PUBG New State takes place years after the current PUBG games, and it is set according to modern times. A new map is made called Troi.

New future weapons and vehicles are promised to be bought, for example, deployable combat shields and drones.

It has a similar vibe to a fellow shooter game called Call of Duty‘s, based on the early images. It has semi-futuristic military tech from games like Black Ops 3 and 4.

This new game is all set to dive deeper into the lore of the overall PUBG universe. The use of cast iron skillet as a weapon is a thing that apparently exists in every game. The gamers will have to wait for launch to get their beloved PUBG characters like lunchmeat.

There will be a weapon customization option available in the new state game, allowing players to modify their weapons in a match that sounds similar to the Apex legends weapon attachments as promised by the game to shake up the formula for PUBG games.

Unlike the PUBG mobile, the PUBG new state will be created by PUBG studio, which is the company that originally developed the player unknown battleground PC and console version.

Actually, PUBG mobile is a separate title given by the Chinese tech giant Tencent. Under the PUBG umbrella, the new state is marked as the third battle royale game.

Big promises have been made by the studio of PUBG, which includes ultra-realistic graphics that will push mobile gaming limits, despite the nature of the title.

How to Register For PUBG New States

The pre-registration is only available for Android users only, iOS users should wait a couple more months to get their pre-registerations.

PUBG New State will be available on iOS and Android by the end of 2021, with alpha tests set for this year later.