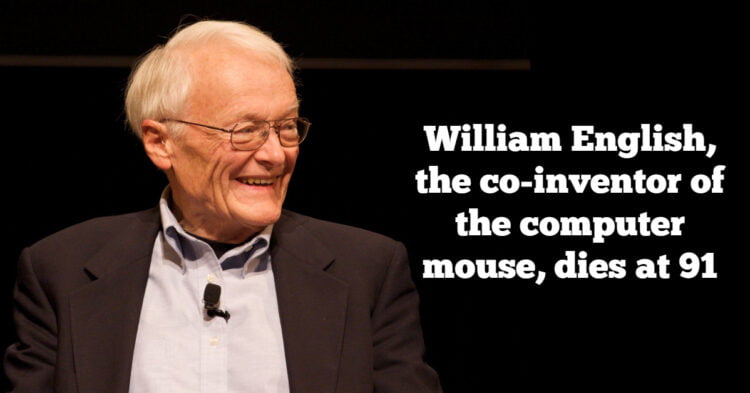 William English, the main engineer behind the world’s first computer mouse, released in 1968, passes away at the age of 91.

Although it may feel a lot of years now that mice are considered as the de facto input device concerning the desktop PCs, it was never simple to utilize the computer’s first wave. Every innovation was a result and worked on the slower input devices, for instance, printouts and punch cards, til Bill (William English) along with Douglas Engelbart developed the ideas of unique inventions; the computer mouses.

English used to work under Engelbart at the SRI International’s ARC (Augmentation Research Centre) where he was responsible to create unique methods through which people would deal with the technologies.

The mouse was created in the mid-60s by Bill English. Back at that time, it was only a pinewood block, a connector, and a crude button or it got lost to the history. It was comprised of double potentiometer components that would track the activity of two small wheels as the device gets moved. Besides, it might not look enough but it kick-started an invention that would soon spread globally within the computing explosion era in the late ’90s.

It was named “mouse” by the team after the cursor (CAT) at that time was seemed to run behind the movement of the mouse.

This mouse is just an invention among the rest of the others by the SRI team members. They also introduced hypertext and bit-mapped displays under the banner of NLS (oN-Line System).

In 1968, these were displayed within San Fransisco during “The Mother of all Demos”. At that time, both’ Mr. Engelbart and Mr. English were also stated to get involved within the psychedelics testing that was funded by the government in the nearby International Foundation concerning Advanced Study.