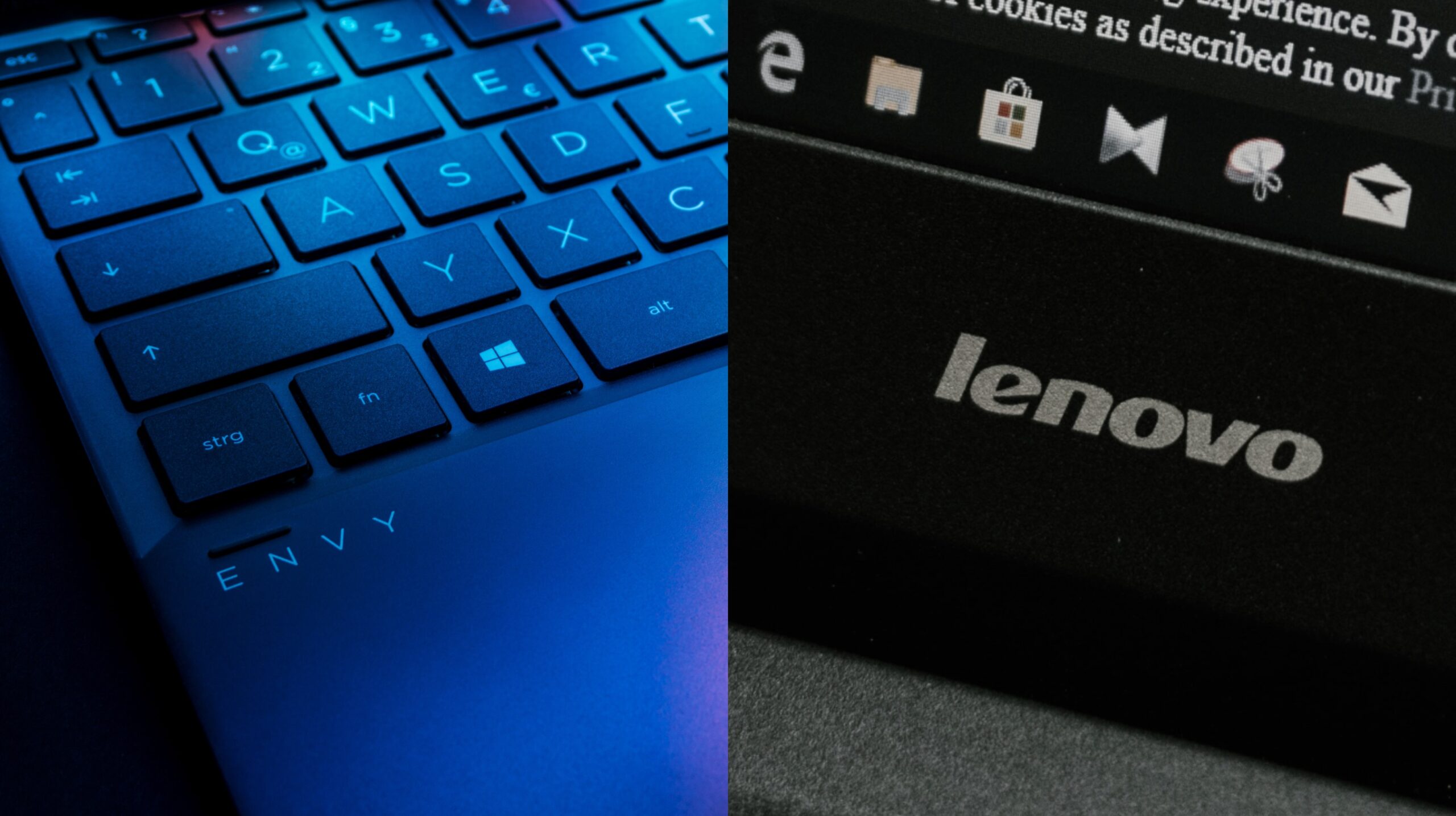 You will see Lenovo vs HP laptops and PC battles everywhere if you are interested in buying a new laptop. Its been ages since HP has been around, and it is still the most popular brand today.

But they are not much popular as compared to Lenovo. Lenovo is the biggest selling laptop manufacturer all across the world. Lenovo is a Chinese brand, and the population of China alone is 1.4 billion. There are many other reasons for the popularity of their products.

Lenovo has made some great laptops, and they have launched both the Thinkpad and the Ideapad. But how do they compare to that of HP?

Here is comparing the two brands and seeing where they are the same and which one is better.

Lenovo vs HP – which brand is better?

Suppose you are searching for the best value money option. In that case, Lenovo is the best choice between the two brands, and they dominate the market for work and business laptops. However, HP has better quality components, but they are more costly than Lenovo’s equivalent.

Even though it depends entirely on what you are looking for, both HP and Lenovo are the best choices for those looking for a competent laptop. Its specifications judge each model, so it’s tough to compare both entire brands.

Both of the companies have a variety of laptops to select from. HP is an American company, and it is one of the oldest names in computing. Lenovo is the latest Chinese company that has taken over the industry in the past decades. Let’s look at them with little more details.

The Thinkpad is the best selling business laptop of 2020. The Ideapad has sold more units to casual day to day users. That’s how Lenovo has made some of the most popular laptops in the past few years.

The Chinese brand is well known for being popular in Asia. Still, their popularity has increased over the recent few years. They are now on par with the two powerhouses of America called Dell and HP. They are mostly cheaper than the premium brands but with the same quality, but much of this is to do with their laptops’ quality and pricing.

Laptops of Lenovo provide good value money and are known to be the cheapest premium laptops in general out there. They are not as expensive as Dell, and they have much better quality compared to brands like Acer. They feature a suitable happy medium between the two price ranges. However, the quality is still best even though they are cheaply priced.

The Yoga series is another series of Lenovo laptops that are worth checking out because they are mostly cheap and well designed.

Most of the series is Lenovos’s version. It is a regular laptop that can be converted into a tablet and can also be double up. It is also known as 2 in 1 laptop.

In the recent few years, Lenovo has been launching more regular laptops under the Yoga brand. They have a prominent feature of the slimline design. The Yoga range provides various leisure and work usage options but typically, they do not have the highest specs or power laptops because they are more concentrated towards design and ease of use.

In creating the latest products and being ahead of the competition, the Yoga series is an excellent example of Lenovo’s initiative. It is something that some other brands have done well, like Elma and some other brands like Dell.

They are gradually cornering other market areas as Lenovo continues to dominate the market with the help of their Thinkpad series.

HP is a well-respected brand within the laptop industry in general. They are one of the biggest sellers of laptops every year. They have various options for laptops and most of them being premium options. But they also have some cheap ranges like the Pavilion series.

It is known that HP laptops are pretty expensive, so there are not many bargains to be had among their products. Although saying this, mostly they are made with Intel core processors and Nvidia Geforce graphics cards, which typically hold a premium over cheaper name components.

It is one of those brands that have made it successfully into the industry of gaming. The Omen series of HP is a decent quality laptop for gaming (obviously Alienware is part of Dell, but aside from them then other brands are not that successful when it comes to gaming laptops).

Let’s take a quick look at one of HP’s best-known series in the past few years.

Let’s look at the Yoga series of Lenovo, and then it’s probably best to look at some of HPs best convertible laptops. They have the x360 and one of the best 15 inched laptops launched in the past few years, but not all of the Spectre series are convertible.

The Spectre series have a much higher quality than the Envy series, even though they make the same product equivalents. For example, the HP Kıskançlık x360 is available, and it’s a good purchase. Still, the Spectre x360 has a more solid base, and it also comes with more expensive hardware.

HP uses Intel processors and sometimes graphics GPUs too, Just like most of the laptops. You can also upgrade from an i5 processor to an i9 processor very easily with many base models.

Is Lenovo better than HP?

If you’re looking for a better brand between the two, it’s mostly said that both are equal when it comes to quality. But Lenovo is much cheaper as compared to HP, so obviously, it provides a better deal.

Why are Lenovo laptops so cheap?

It is a good question, and the answer is almost the same as why androids are cheaper than iPhones. It mostly depends on the brand. The HP is a well-known brand and has decades of experience selling a wide range of products. That’s why they charge a higher price compared to most of the competitors. It has not always been that way for Lenovo because they have been able to sell the same quality parts as HP and sell them at a lower price.

What are the top 5 computer brands?

If you think whether Lenovo or HP can make it to the top 5 computer brands, then the answer is that both of them will. Both Lenovo and HP will be joined by Dell, Apple, and maybe ASUS coming in fifth place.

Are HP laptops made in China?

Most of the parts of HP are made in China and other countries in Asia. Still, many people think that the Headquarters of HP is in America, so their products are made there. Some HP laptops are put together in America, but most of them are assembled in China.

Can HP and Lenovo be trusted?

You do not need to worry about the quality of their products because both brands are well known in computing and are reputable. But still, it’s best to get a solid warranty with a laptop purchase to help protect you from the issues that will happen later.

Conclusion of Lenovo vs HP Battle

Suppose you are looking for the best value for money. In that case, overall, both of these brands produce some premium laptops which are worth buying. The best idea is to consider the brand Lenovo. Still, if you’re looking for something more durable and long-lasting, then it will be the best option to consider HP.