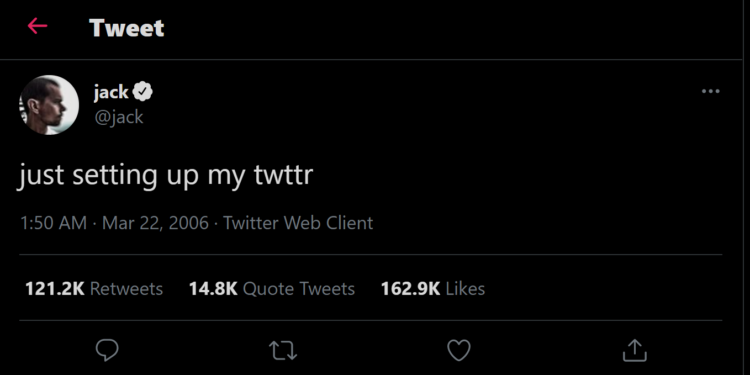 Silikon Vadisi: Twitter founder and CEO Jack Dorsey has auctioned off the world’s first-ever tweet for $2.9 million with the help of NFT (Non-fungible token)