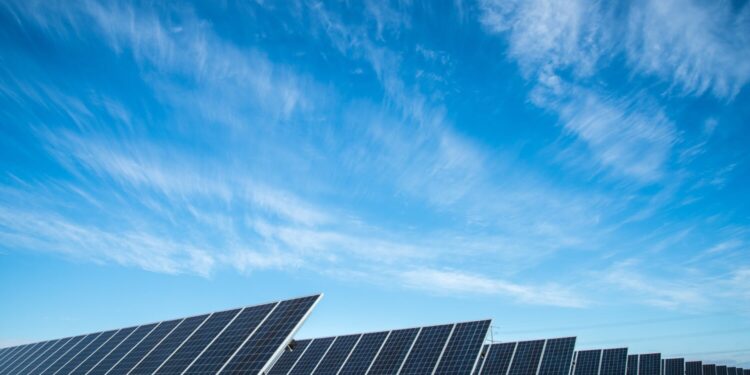 A team of engineers at Stanford University have developed a solar cell that can generate some electricity at night. This photovoltaic (PV) cell uses a process called radiative cooling to allow for 24-hour renewable energy generation.

The research comes at a moment when the number of solar jobs and residential installations is rising. While standard solar panels can provide electricity during the day, this device can serve as a “continuous renewable power source for both days and nighttime,” according to the study published this week in the journal Applied Physics Letters.

The device incorporates a thermoelectric generator, which can pull electricity from the slight difference in temperature between the ambient air and the solar cell itself. “Our approach can provide nighttime standby lighting and power in off-grid and mini-grid applications, where [solar] cell installations are gaining popularity,” the study said.

“During the day, there’s a light coming in from the Sun and hitting the solar cell, but something of a reverse happens during the night,” Assawaworrarit says. That’s because solar panels emit infrared radiation like everything warmer than absolute zero. “There’s actually light going out [from the solar panel], and we use that to generate electricity at night. The photons going out into the night sky actually cool down the solar cell,” he says.

As those photons leave the skyward surface of the solar panel, they carry heat with them. That means that on a clear night — when there are no clouds to reflect infrared light back toward the Earth — the surface of a solar panel will be a few degrees cooler than the air around it. That temperature differential is what Assawaworrarit and his colleagues are taking advantage of. A thermoelectric generator device can capture some of the heat flowing from the warmer air to the cooler solar panel and convert it into electricity.

On a clear night, the device Assawaworrarit tested on the Stanford rooftop generates roughly fifty milliwatts for every square meter of the solar panel (50 mW/m2). “I think that’s probably a record number,” he says. But Assawaworrarit and his team aren’t stopping there. He says that with a couple of improvements (and in a good location), such a device could generate twice that amount of electricity.

“The theoretical limit is probably about one or two watts per square meter,” he says. “That’s not a huge number, but there are a lot of applications” where that kind of energy at night would come in handy.

Mini-grid applications refer to independent electricity networks. These can be used when a population is too small or too far away to extend the grid. It wasn’t until recently that solar energy declined in price and became much more affordable. Some companies have bought into the program, and California has even incentivized the shift to solar.

As the war continues in Ukraine, Abigail Ross Hopper, president, and CEO of Solar Energy Industries Association, the national trade association for the solar industry, told CNBC that investing in energy alternatives is important.

“In the face of global supply uncertainty, we must ramp up clean energy production and eliminate our reliance on hostile nations for our energy needs,” the CEO said.