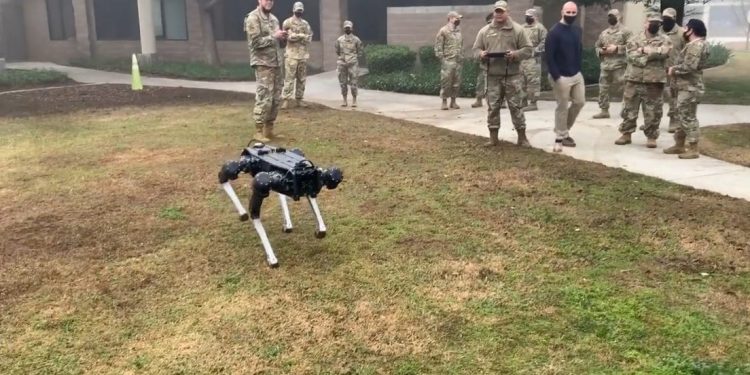 This robot dog is powered by Artificial intelligence with the capability to patrol bases and raise alarms if it spots any sort of anomaly in the security.

The dog was demonstrated on Friday, January 21, at the Fresno Air National Guard Based that is located in California.

According to the post, robots would patrol the base and notify the Defense Operations Center of any security concerns. A robot will be used for the first time by the 144th Wing of the California Air National Guard if it is approved for use.

Training K9 requires a lot of effort compared to a robot that would just need a program installed, and it will work as per your need. Meanwhile, K9 has a limited supply, while these robot security dogs can be many.

If approved, the US military will be actively using these dogs.