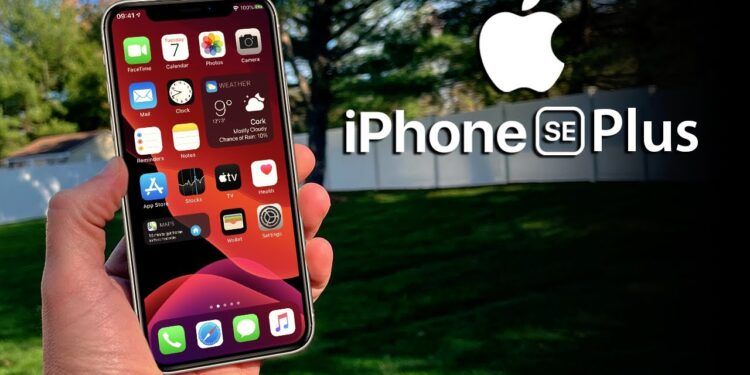 Il iPhone SE Plus design is very similar to that of the iPhone XR, having a wide notch up front to house the selfie camera and a single rear camera. This is a significant change from the physical touch ID on the vanilla iPhone SE. The volume rocker and alert slider are located on the left, while the power button is located on the right. Unlike the iPhone Pro models, around the display, there are thick bezels on the SE Plus. The render is seen in while color option.