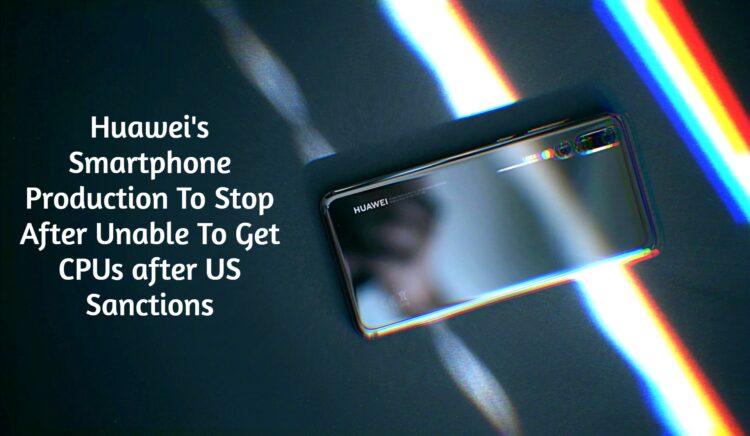 Huawei To Stop Production! Huawei would now call off producing Kirin chipsets till the end of this year because of the US sanctions concerning the Chinese firms.

Development of the Chinese organization’s AI-powered and Kirin chips, which are utilized to serve handset power, would be called off by 15th of September concerning the US sanctions over their suppliers, shared by the president of the firm’s consumer unit, Richard Yu, during an event that held on Friday. This could lead Huawei to stop production of smartphones by the end of 2020.

Yu added that it is a huge loss to them. Unluckily, during the consecutive round US sanctions, their chip producers were able to accept orders till May 15th only. And now the production would stop by mid of September.

This year might be the last round of Kirin high-end chips by Huawei. Besides the fact that Kirin serves Mate40 premium handset of Huawei, it would be tougher for the Chinese firm in this factor of the smartphone market.

Washington stopped access of Huwaei to the UC technology and components previous year after warning that Chinese law means the firm can be compelled to follow the ways concerning national security. Chinese state and Huawei denied these charges.

In May, Trump’s team extended these limitations, leaving the global suppliers of Huawei without a license. These limitations impacted a lot of companies those who supply chip division to Huawei, HiSilicon, such as Synopsys or Cadence Design Systems.

TSMC chip-maker, which also involves American technology stopped orders in May from HiSilicon as per the new rule.

Irrespective of these bans, Huwaei still made it to top Samsung and became the world’s largest smartphone seller by selling many smartphones from April to June, in accordance with Canalys analysis. Quarters in the future might be less profitable because of the hardware shortage and with the difficulty in Android applications access making Huawei’s handsets less demanding.