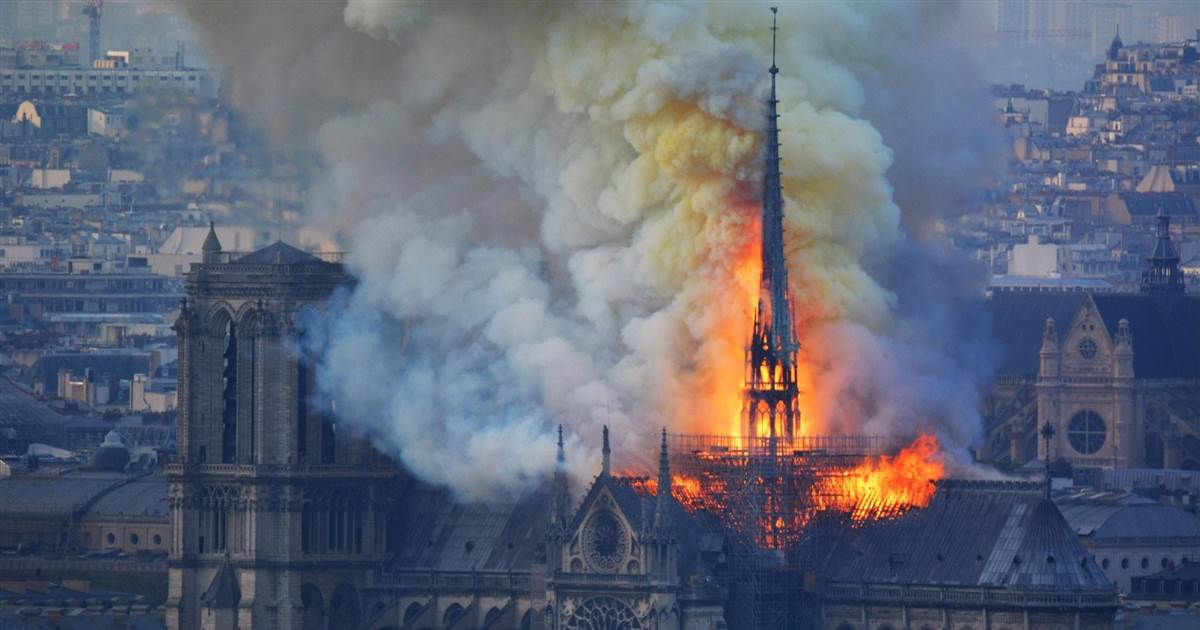 Notre Dame is one of the famous cathedral located in the mid of Paris, France where a deadly fire broke down completely destroying the historical heritage.

If we look at the history, Notre Dame has always taught us how to survive.

Notre Dame was there for over 800 years.

To take things into consideration it has seen hundreds of years of invasion, conflicts, plagues, leaders, crusades.

Notre Dame was defaced, looted and damaged during the French Revolution.

In the mid-1800, it underwent about 20 years of renovations, until it got back in its form.

Even after so many invasions, wars and even Hitler, it survived!

For over 850, Notre Dame was the symbol of French history, a symbol of Paris, even world history.

Then, a big fire broke out!

In few hours, part of it burnt to the ground.

But, we have to realize that it isn’t the first time such a happened to any historical place.

The Monte Cassino monastery was destroyed completely during world war 2, this is what It used to look like before the war.

And this is the view of it after the war.

But then, it was rebuilt!

The Dresden Frauenkirche in Germany was also destroyed completely during World War 2.

Then again, it was rebuilt with the old and new stones from the original.

Even The White House in America was burnt down in 1812.

What happened with Notre Dame is just an unthinkable tredegy.

But History is surely on our side.

This obviously wasn’t the first and will not be the last time some like that happened.

Thoughts and prayers for this beautiful place, this will rebuild soon!