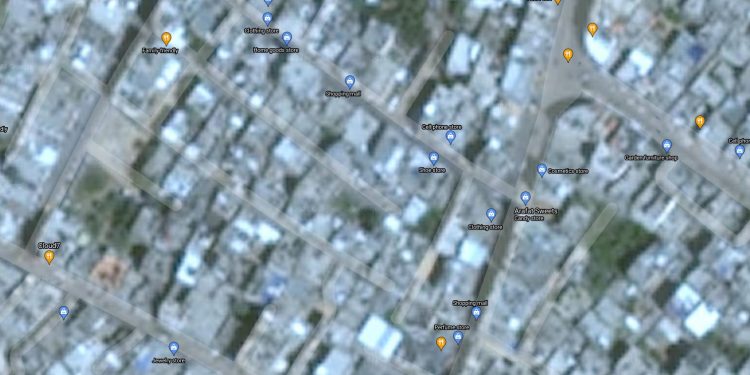 We have been getting questions such as why Google is blurring the images of Gaza on Google maps. Still, you can clearly see the images of any city in North Korea.

The majority of the people can see densely populated Gaza being blurred on Google maps. The area is currently in a deadly conflict.

Some part of Israel also appears as the low-resolution while other areas are shown as the high definition.

Comparing Gaza and Pyongyang together, you can see images of North Korean city (right) is more clear than Palestinian city (left):

Samir, an open-source investigator, confirmed that the Google maps are being used to find locations for missile attacks, whether it is Israel or Palestine.

US government bars the company from capturing Israel/Palestine at a higher resolution upon the request from the Israeli Defense Forces.

Is Google Maps Blurring The Images of Gaza?

Yes. But not deliberately

Digital Phablet reached out to the two tech giants, Apple and Google, to ask about their agenda behind blurring the images of Gaza and some parts of Israel on their Mapping apps.

Apple confirms having the blurred images, but they ensured that the high-quality images would be uploaded with the latest app update.

While Google says they get these images from different sources, but they refused to comment on this plan.

Images of Gaza’s destruction with the timeline feature on Google Maps;

Google and Apple rely on third-party companies that take pictures. Still, the apps face a great amount of pressure from the movement to blur the images of Israel and Palestine. But it is not deliberate. Apple and Google want to show high definition images, but they’re bound by the law to show low-quality images.