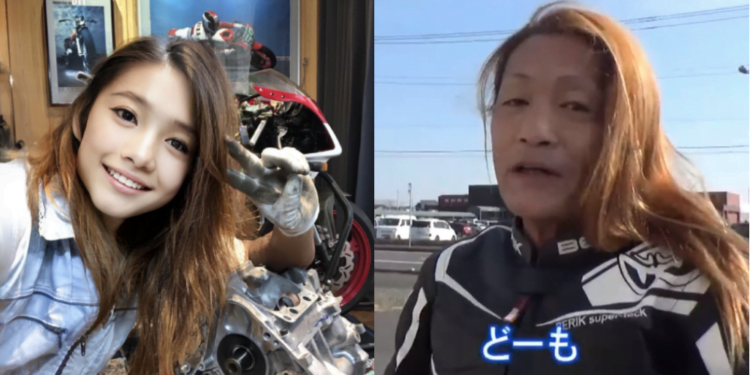 Nowadays, our mobile apps are fascinating. They have developed a lot compared to early smartphone days when all we could see were boring apps. Nowadays, تطبيقات are developed enough to apply filters to all photos and transform us within seconds. That is what a 50-year-old Japanese biker has taken to another level.